You are viewing three Terra-Cotta figurine replicas usually fitted with a whistle or with clay pellets producing a rattle like sound. They are molded or cast in Terra-Cotta. Originally they were painted, as you can see, mostly in ochers and blues. Details such as scarification and other marks on the face as well as clothing and jewelry signify social status of the figure. These pieces give us a glimpse into the physical features, dress and daily life of the late classic Mayan culture. A three-dimensional snapshot of an age now lost to us though in some ways still with us..... Beautiful.......

JAINA lies just off the coast of Yucatán in Mexico. The entire limestone Island is a necropolis. A Mayan Pre-Colombian 3rd Century society buried their dead at this site. 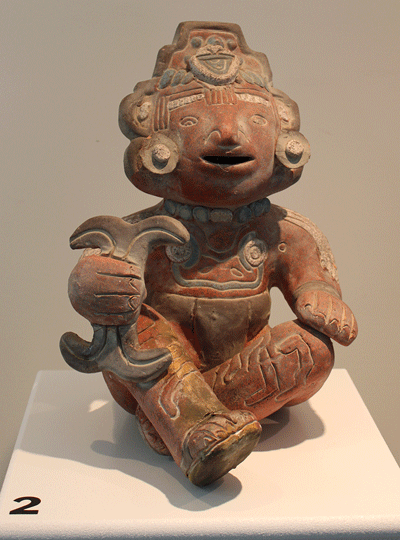 In the tombs excavated, the Maya Elite were shown to have jade beads in their mouths. Inside each tomb these Terra-Cotta sculptures were found lying on the chests of the deceased. The figurines were clutched by the hands of the dead. The figures suggest an emphasis on different types of blood sacrifices. This probably helped them travel through to the next world, creating some order in their world, clarifying their seeing of the future, defining the past and understanding themselves, and knowing how to read properly the texts of their lifeline..

Reading the texts of their society help them understand themselves and the order they had within their culture. 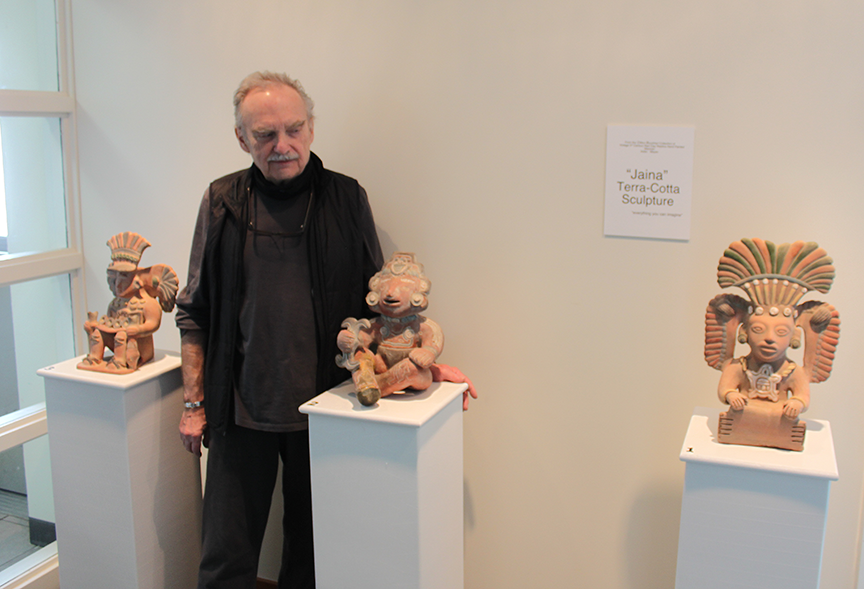